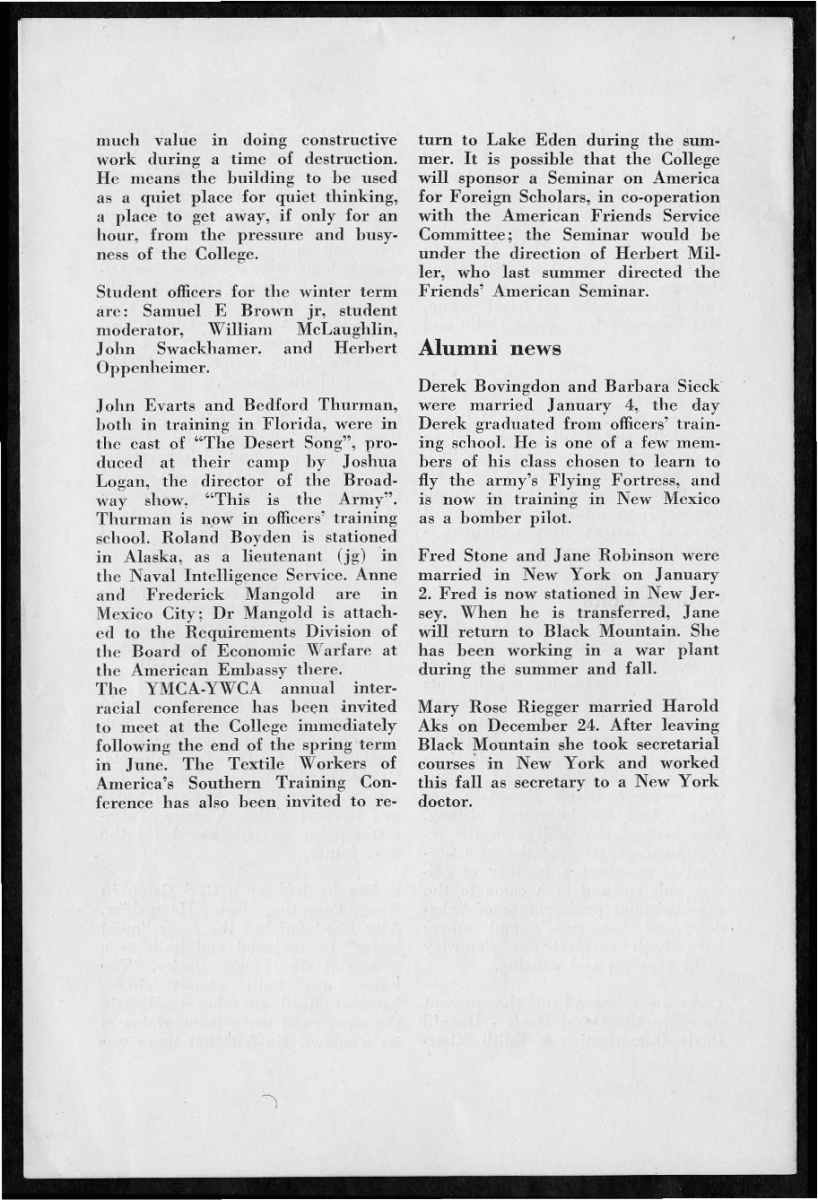 #6 Vol. I, No. 2. – 01.1943 Black Mountain College Bulletin that argues the value of a broad liberal arts education, such as the one provided by Black Mountain College, to solders and others during World War II. Other subjects include: a discussion at the college led by visiting author Alfred Kazin; a discussion led by W. A. Robinson, director of the Secondary School Study of the Association of Colleges and Secondary Schools for Negroes, on education for African Americans; faculty appointments; the future of world culture as outlined by Herbert Miller; children in the college community; the role of the college in the surrounding community; radio programs via WWNC; the building of the Quiet House; upcoming plays, concerts, and other events at the college; general campus news and news from alumni of the college. Released by Emily R. Wood. Courtesy the North Carolina State Archive